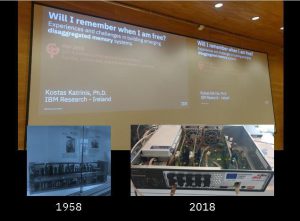 Way back in time, back in the far 1958, the EDSAC II computer came out of the Computer Laboratory at the University of Cambridge. It was the first computer that showed us how to use smaller processors as “lego bricks” to build larger compute units. The technique was later called “bit slicing”.

Fast forward to 2018, 60 years later from the invention of EDSAC II, we at IBM Research Ireland apply similar techniques to re-imagine how to build next generation Cloud datacenters, namely by slicing its components to pieces and organizing them into disaggregated pools.

Karma or coincidence, there couldn’t be a better location than Cambridge University to hold the Euromicro 2018 keynote talk, covering our work on Cloud disaggregation within the dReDBox H2020 project. 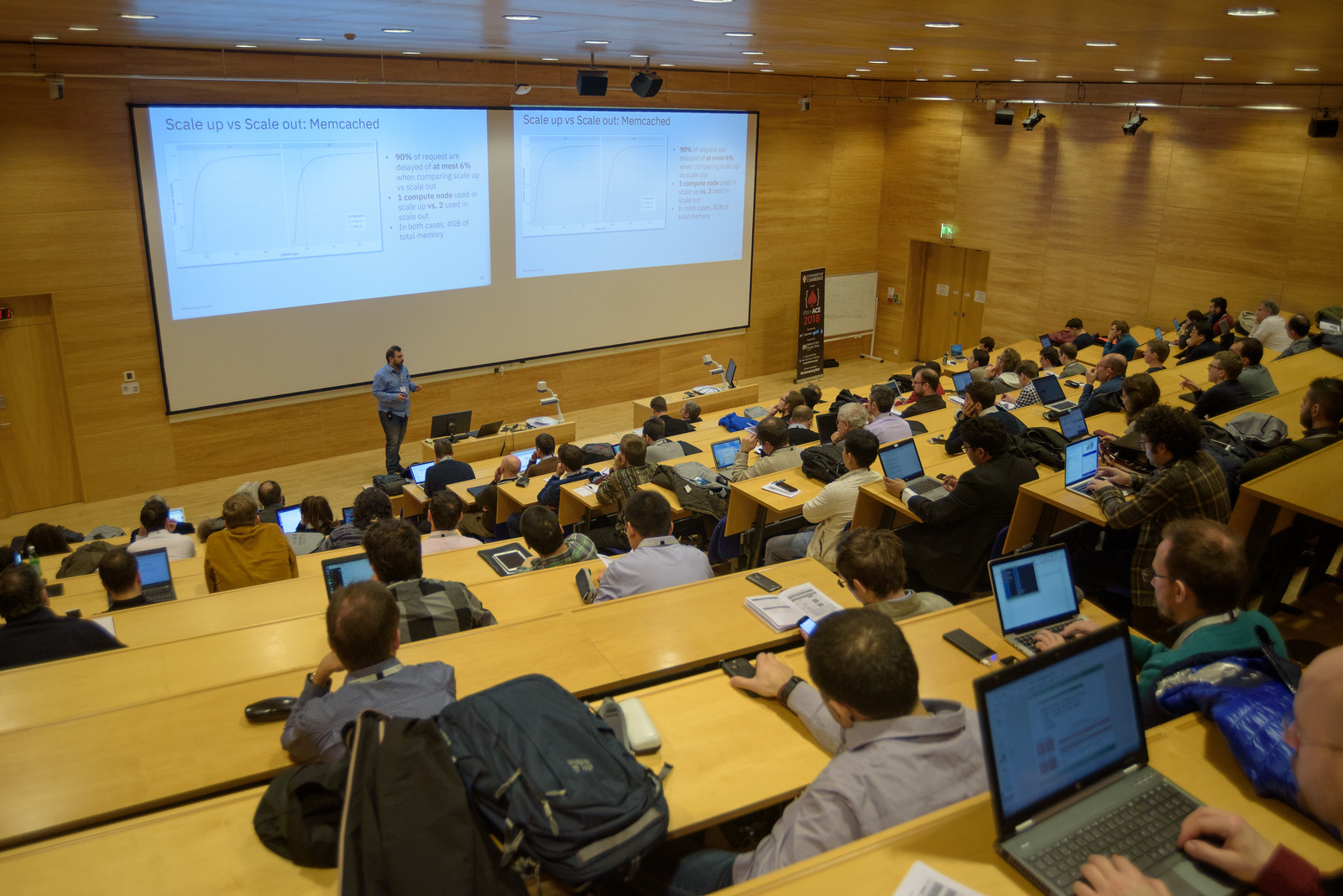 Gravida
Funded by the European Union H2020 program agreement No. 687632